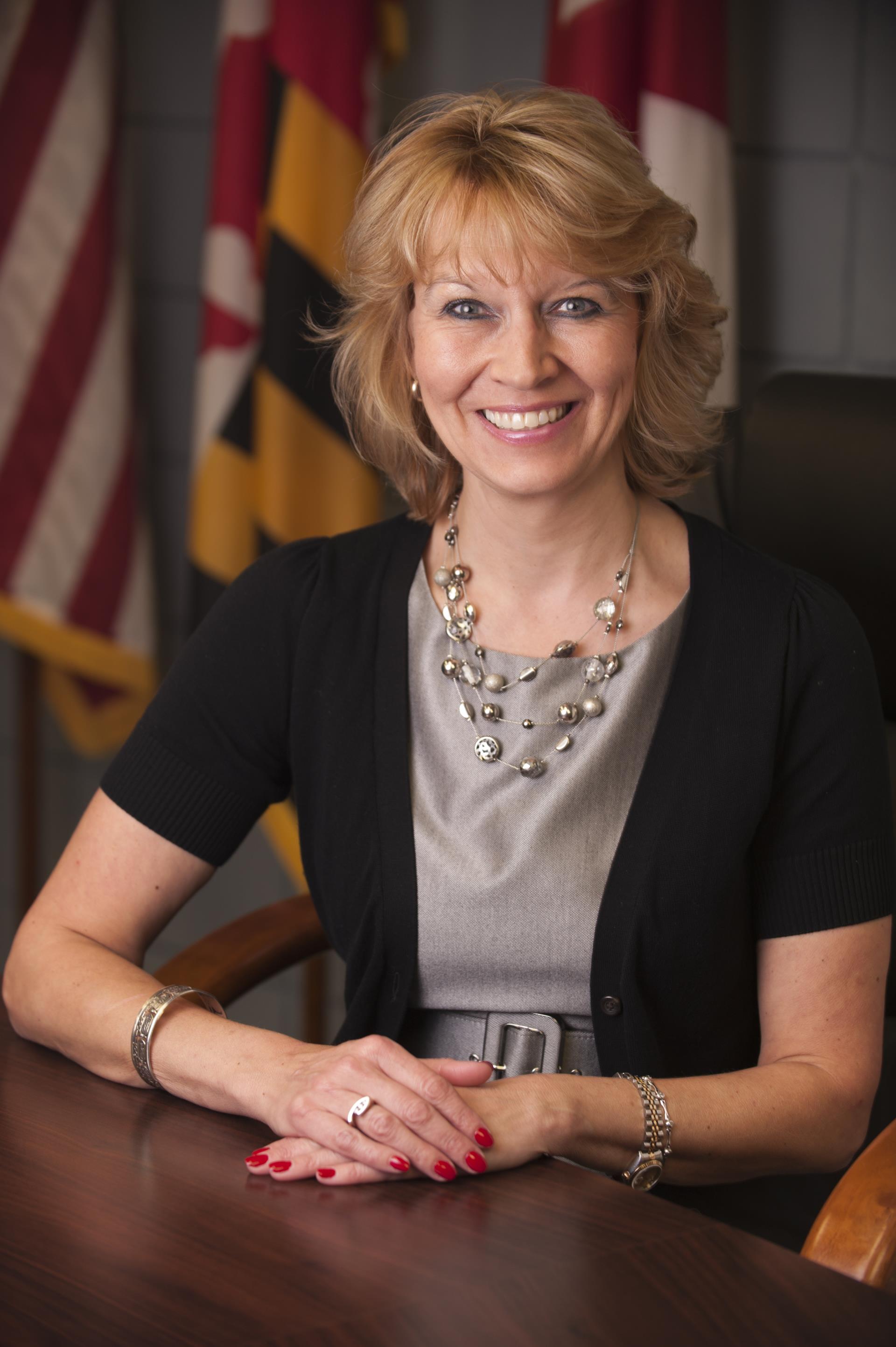 Silke Pope has lived in Greenbelt for twenty-one years and currently resides in Belle Point. She came to Greenbelt with her family from Germany in 1998 after her husband, Joseph, retired from the United States Army.

Raised in a small town, Silke Pope brings to Greenbelt familiar small-town values. Her natural tendency is one of engagement and activity in the community, taking on numerous volunteer roles and accruing accomplishments in Greenbelt over the past twenty-one years. When Silke is not attending council meetings and events, she is walking her rescued, Greenbelt Animal Shelter dogs, Chip and Bambi, around the lake, and spending time with her grandchildren.

Pope served on the City’s Public Safety Advisory Committee (PSAC) for nine years, six years as chair, until she was elected to City Council in 2009. During her tenure leading PSAC, the city saw real improvements in safety including the installation of security cameras at the Spellman Overpass, emergency call boxes on Metro Drive and in the Franklin Park area and window guards. Currently, Silke is the council liaison to both PSAC and the Senior Citizen Advisory Committee and she continues to support public safety and quality of life initiatives.

Even before proudly earning U.S. citizenship in 2006, Silke became involved in several community groups in Greenbelt. A member of St. Hugh of Grenoble Church since 2000, Silke has been involved in numerous fundraising efforts, her most notable being the annual Oktoberfest where she is best known for her authentic German dishes. She has served as president of the Belle Point Homeowners’ Association from 2006 – 2019 and joined the Charlestown Village Condominium Association in 2019. She is a member of the American Legion’s Post 136 Ladies Auxiliary.

Pope has experience in the field of international business relations and banking where her bilingual ability, attention to detail and organizational skills were critical. Pope is currently employed by the Prince Georges County Schools.

Silke has served on several state and national committees including the National League of Cities (NLC) Public Safety and Crime Prevention Steering Committee and the NLC, Small Cities Council which she chaired in 2016. She also served on the Maryland Municipal League Convention Planning Committee. Pope earned a fellowship from the University of Maryland’s Academy for Excellence in Local Governance. This fellowship provided Pope with a more thorough understanding of how local municipalities function and a strong understanding of governmental policy and ethics.